She is the author of Eco’s Chaosmos: From the Middle Ages to Postmodernity about the Italian writer and philosopher Umberto Eco. Focusing principally on how Eco’s scholarly background influenced his study of semiotics, the book analyzes The Name of the Rose in relation to William of Ockham’s epistemology, C.S. Peirce’s work on abduction, and Wittgenstein’s theory of language. It discusses Foucault’s Pendulum as an explicit comment on the modern debate on interpretation through a direct reference to Early Modern hermetic thought, investigates The Island of the Day Before as a postmodern mixture of science and superstition, and reviews Baudolino as a historical/fantastic novel that once again situates the Middle Ages in a postmodern context.

She has published articles on Umberto Eco, semiotics, Italian fiction, film and the visual arts, most notably: “From the Rose to the Flame: Eco’s Theory and Fiction Between the Middle Ages and Postmodernity,” in New essays on Umberto Eco, ed. by Peter Bondanella, Cambridge University Press, “Umberto Eco’s Baudolino and the Language of Monsters,” in Semiotica, “Modern Disharmonies: The Paradigmatic Function of Landscape and Urban Architecture in Antonioni’s Professione: Reporter,” in Semiotics, “Emanuele Tesauro and the Aristotelian Telescope,” in Looking Up: Science and Observation in the Early Modern Period, ed. by Jason M. Kelly, “The Theory of Abduction and The Name of the Rose,” in Semiotics, and “Holbein’s Christ and the Horror of the Broken Narrative,”in the Interdisciplinary Journal for Germanic Linguistics and Semiotic Analysis. 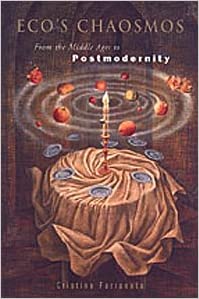 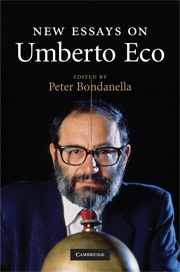