Diego Pirillo (Ph.D., Scuola Normale Superiore) is Associate Professor of Italian Studies at the University of California, Berkeley. He is currently serving as the director of REMS, the Designated Emphasis in Renaissance and Early Modern Studies (https://rems.berkeley.edu), and he is affiliated faculty in the Center for the Study of Religion, the Institute of European Studies, and the Program in Critical Theory.

His work focuses on early modern Italy, Europe, and the Atlantic world, with a strong interest in intellectual history, the history of books and reading, religious and migration studies, and the history of diplomacy and political thought. In addition to Renaissance and early modern studies, Professor Pirillo is also interested in modern Italian intellectual history (including Croce, Gramsci, Italian theory). He has been a fellow at Villa I Tatti, the Harvard University Center for Italian Renaissance Studies, and his work has been supported by many institutions (The John Carter Brown Library, the American Philosophical Society, the Library Company of Philadelphia, The Hellman Foundation, The UC Berkeley Institute of International Studies, the Newberry Library, The Rare Book School at UVA, and the Fondazione Giorgio Cini, among others).

In addition to many articles and book chapters, he has published two books and one edited volume. His latest book The Refugee-Diplomat: Venice, England and the Reformation (Ithaca: Cornell University Press, 2018, awarded the 2019 MLA Aldo and Jeanne Scaglione Prize for Italian Studies) offers an alternative history of early modern diplomacy, centered not on states and their official representatives but around the figure of “the refugee-diplomat” and, more specifically, Italian religious dissidents who forged ties with English and northern European Protestants in the hope of inspiring an Italian Reformation. Through diplomatic and mercantile letters, inquisitorial records, literary texts and marginalia, The Refugee-Diplomat recovers the agency of religious refugees in international affairs, revealing their impact on the emergence of early modern diplomatic culture and practice.

He is currently working on two new book projects. The first is Renaissance Refugees: Religious Migrations in Early Modern Italy (under contract with Cambridge University Press), which comes out of his interest in migration and refugee studies and traces the histories of the many religious minorities who arrived in, passed through, or fled from Italy during the early modern period, including Byzantine émigrés, Sephardic Jews, Italian philo-Protestants, English Catholics, and Moriscos.

His second new book project, tentatively entitled The Atlantic Republic of Letters: Organizing Knowledge in the Early Modern World, engages with the transnational history of books, readers, and information and studies the transatlantic circulation of knowledge in the long eighteenth-century, framing the Republic of Letters as an international community that stretched across the Old World and the New just as it traversed religious borders in confessional Europe.

Concurrently, he has multiple collaborative projects in progress. He is one of two principal investigators for a project supported by the France-Berkeley fund in tandem with the Université de Strasbourg entitled “Crossroads of Knowledge: Italy and the Republic of Letters in the Long 18th century.” He is also co-editor of a special issue of Religions entitled “Religion and Culture in Early Modern Italy: New Questions and Approaches,” as well as a collective volume on the history of treaties, diplomacy, and peacemaking in the medieval and early modern world (under contract with Oxford University Press). 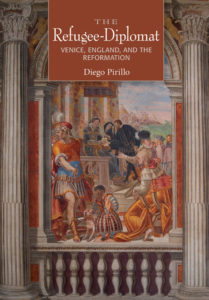 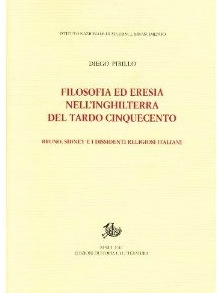 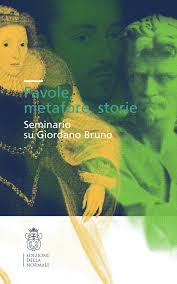